In 2015 Northampton Train Station underwent a re-building programme which involved replacing the platforms either side of the rail lines and the installation of a new pedestrian footbridge.

Janson Bridging (UK) Ltd. Was appointed to install a 6 bay (18m) by 2m temporary pedestrian panel bridge whilst the works were undertaken. What seemingly appeared as a straight forward job turned into quite a complex task when factoring in live railway lines, being open to members of the public and the full integration of lifts to the bridge.

Special manufacture of bespoke parts were needed to integrate with the lift shafts, and installation was undertaken over six separate weekend closures.

Complying with all UK legislation was paramount for this project and special ‘warm touch paint’ had to be used on all of the hand rails and hoarding. Stairs were needed either side as well as the lifts. Designed in-house by Janson’s dedicated engineering team.

Removal of the bridge was completed over a single full weekend closure after being installed for around 18 months.﻿﻿ 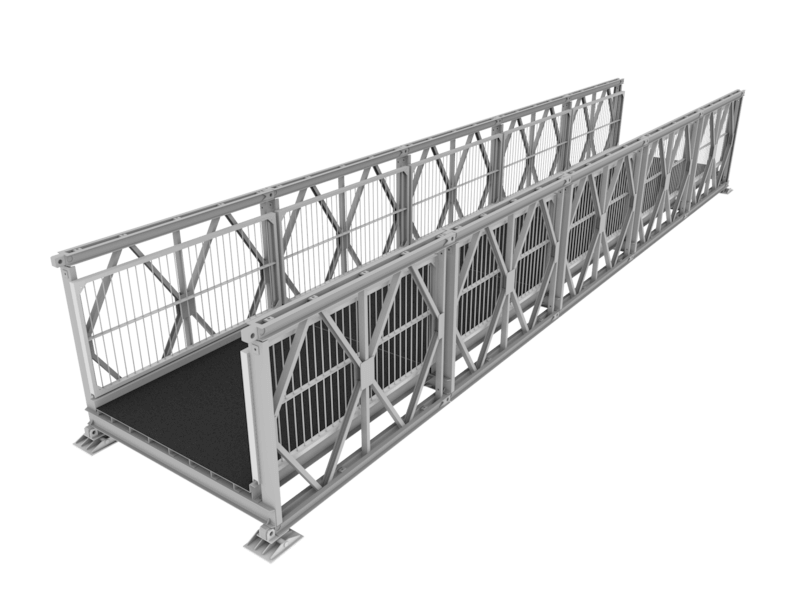